Worry evaporates like rain from sand
in the warm wind.

Granules of self begin to
reconstruct into a solid shape;
Suddenly I have toes
and a torso,
ears, and a nose.

The sound of the ocean transmutes
the agony of self-analysis.
It turns remnants of fear into salt,
the life-giving brine that birthed the world.

I picture my grandmother squeezing a pinch of that salt
from a tiny porcelain dish on her kitchen counter
and flicking it over her left shoulder,
asking god for protection.

The crystals hover in mid-air,
glinting in the morning light
before tumbling joyously onto the tile floor.

That which ails us
also cures us. 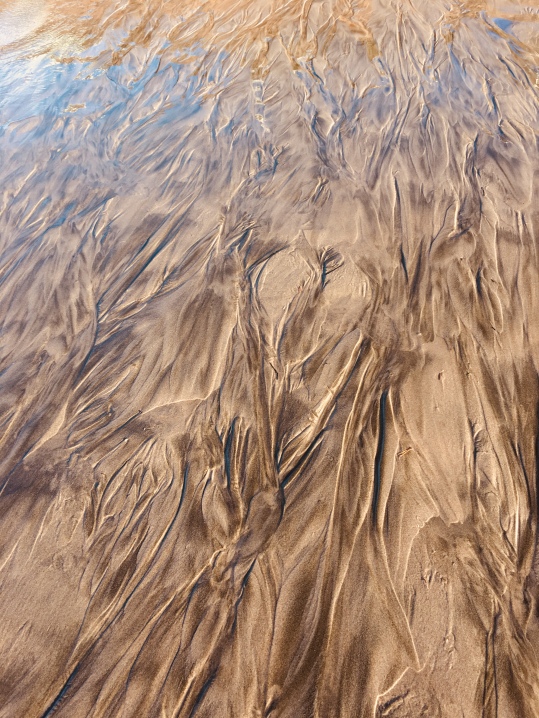 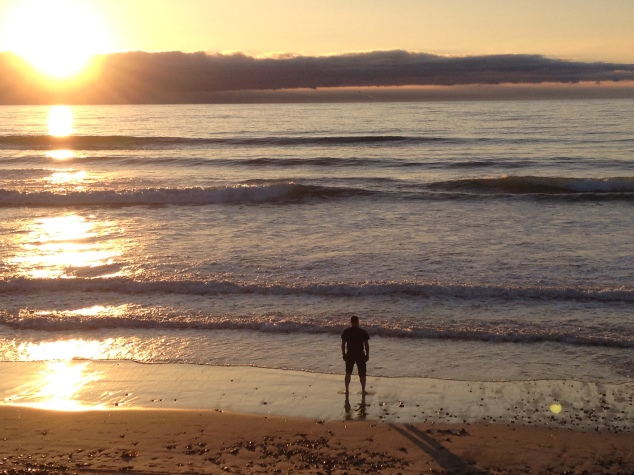 Alone. A lone spark shot out from the fire.

A longing in me.

All one could see.

am I the only one?

Together. To get to know.

To gather yours and mine.

the two of us

Seattle was wet like it usually is. Despite the rain, we were smiling. It was Valentine’s Day after all, and we were together.

We’d wandered into a cozy bar and took turns feeding the jukebox. Sipping on drinks, we sang along to Van Morrison and Al Green, nodding and humming. The jukebox shuffled – a pause – and then my song, Pearl Jam’s “Alive” clicked on.

Eddie Vedder belted out his infamous line “Oh, I, Oh I’m Still Alive,” and the man at the bar began swaying side to side. He looked as if he was made of stiff limbs rather than muscles that bend and flex. We watched him with sideways glances from our tiny red vinyl booth. A guttural yell escaped from his mouth and filled the tiny tavern, pushing against the walls. It occurred to me that he was trying to sing along. The word “Alive” was momentarily audible but the syllables were drawn out and muffled as if he had a cotton ball under his tongue.

The bartender kindly told him it was time to leave. His behavior was beginning to interfere with the other patrons. One too many drinks; and perhaps, one too many heartbreaks.

Although it was a painful sight to watch – a grown man in his late 50’s three sheets to the wind, mumbling and stumbling, unaware of the impact he was making on those around him – there was something about it that stuck with me weeks later.

It’s the brokenness that was so clear, and the humanity I saw beneath this man’s moment of rawness. Although his actions were jarring, they were also somehow comforting. As two friends guided him to the sidewalk to take a cab ride home, I saw a man who was lost. And I also saw a man fighting something – or maybe for something. For what, I don’t know, and I’ll never know. But I imagine it to be love. The love we all crave so deeply. Not just from others, but from ourselves. And with that comes acceptance – knowing that you are okay just the way you are.

I recently turned 28, and birthdays have a way of making me take stock of things. I’ve had a lot of gains, and also a lot of losses in my time here thus far. And in the depth of my grief, I’ve even felt as if I’m at risk of losing myself. But tonight, as I feel the sharp edges of wounded places in me, I remember this man and Eddie Vedder and the words, and even though I feel swallowed whole by emotion sometimes – I’m still alive. You could even say they’re proof of it.

Inch by inch, I get a little closer to something that resembles love; maybe even acceptance.